In the photographs of Gilles Roudière searing sunlight clashes with deep blackness, day with night, one is tempted to say: life with death. The light-dark contrast transcends familiar artistic effects, it gains conceptual meaning. Daylight can blind to the extent that sight is lost, and white turns into impenetrable obscurity – while darkness is full of life. Sure, the photographer insists that his emphasised black-white contrast only serves to simplify his compositions and to avoid details, particularly those of an anecdotal, narrative kind. The viewer, however, can not resists to detect many stories in these pictures – even though they are his own. In these photographs, the clearness and precision of black and white dissolves into ambiguity.

Strange ghosts walk along, humans totter like zombies and form menacing masses, skyscrapers transform into tumbling titans. Nightmares might look like this. Other scenes remind us of science fiction, for example when a boy protects his eyes with his hand, as if to defend the burning light of an E. T. An atmosphere of insecurity, almost threat prevails, even sweet cats can turn into a murderous mob. A lot has already happened in this world, and it remains an open question whether it was of good or bad nature. And more is going to happen, the scenes are filled with an atmosphere of waiting – what for?

After a much acclaimed group of photographs about Albania, Gilles Roudière created, over three years and always in September, a series about Istanbul from which we present here ten striking examples. For Roudière, the respective place is of great importance, and anyone who knows the city on the Bosporus well, might identify one or another scenery. However, Roudière is not concerned with a documentary representation, instead he intends to illustrate his idea of the spirit and soul of the city – he is is searching for the emotional Istanbul. „I am not interested in objectivity,“ he says,“ I want to be as subjective as possible. I think I became a photographer when I gave up trying to understand pictures and started to feel them.“

The three levels of reality mentioned so far – the existing place, its transformation into black and white images and their interpretation of the beholder – are completed by a fourth one: the materiality of the photograph itself. Roudière, a self-taught photographer, rejects digital options; he not only works with the old-fashioned roll-film, he also underlines this procedure: with visible sprocket holes, lateral incidence of light and scratches on the film. These nostalgic-like details, evoking the amateur photographer who had to fight with these problems often enough, refer to a time long past – thus opening up one more window of interpretation. 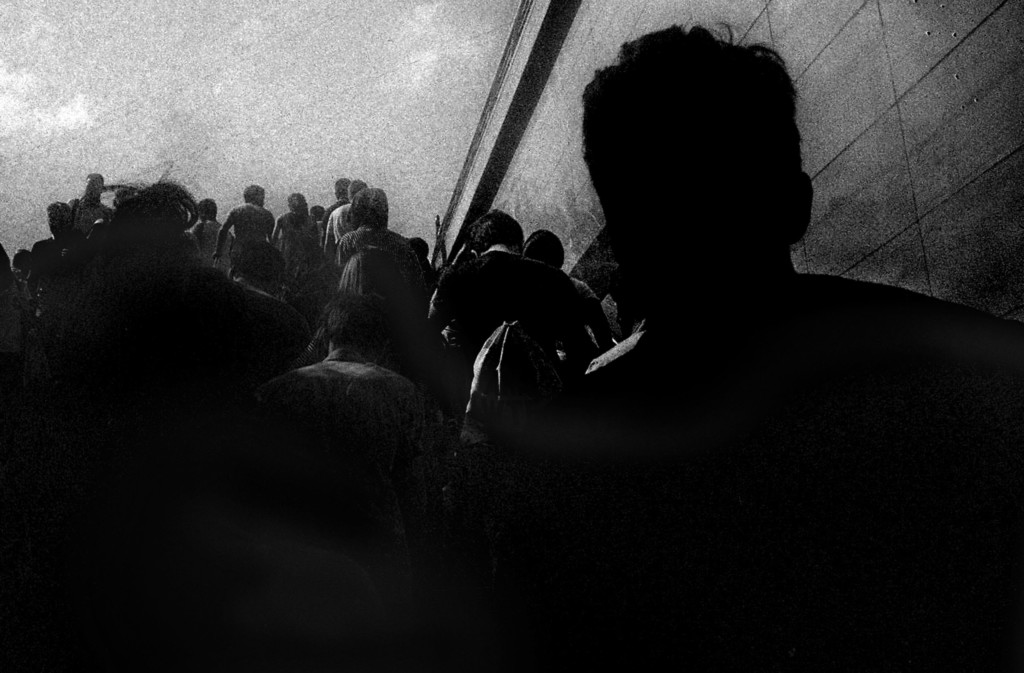 Born 1976 in Tours, lives and works in Berlin. Self-taught photographer. For several years, he has been travelling the countries in Central and Eastern Europe. His last subjective photographic explorations brought him to Israel, Palestine and Istanbul. In 2014, the British Journal of Photography included him in its list „Ones to Watch“.