Handpainted digitals – rhythmic geometry: such keywords help to approach this œuvre that is full of tensions and contradictions. DAG confronts stenciled grids with freehanded design, the static with movement, the perfect with the defective, technology with nature, the cliché with individualism, the pronounced present with tradition. He takes the liberty of ignoring a fundamental law of modernism: the unity of style. At first glance, his work consists of two parts: one reflects constructivism, the other mirrors our digitalised world.

The joint root lies in an early phase of the work, where an immense number of points condensed into nature-like formations, evoking flocks of birds or cosmic mists. These subsequently coagulate into clearly defined, if albeit very movable geometric shapes that play with the glitch effect, a distortion of the pixel raster of the electronically generated computer or television picture. Failures, misfunctions such as these, falling out of line: These elements we find again and again in DAG’s work. The artist breaks the rational, neatly constructed order and lets its elements develop their own lives.

For DAG, both the electronic device and the art historical design are pictorial motifs as natural as landscape or still life. Just like Cézanne painted the Montagne Sainte-Victoire, so DAG paints constructivism. However, he does not refer to its classic formation from the early twentieth century, but makes use of concepts of the 1930s and 1940s, when the heroism of the beginning had already moderated into everyday patterns. Motifs from Auguste Herbin and the abstraction-création movement can be found in DAG’s works, albeit in a playful, somewhat ironic way – a view that is confirmed by shapes that remind us of childlike imitations of American Indian masks, of graffiti and street art (a context, by the way, that caused the artist to abandon his surname Przybilla and assume the tag DAG). Another source of inspiration is the concrete-optical art of the 1960s and 1970s, just to mention Bridget Riley and Victor Vasarely.

Last but not least: Mondrian’s Boogie Woogie pictures of the forties. The Dutch master liked to dance, and he loved American jazz. In this respect, he is very close to DAG who started his artistic career in the techno clubs of London and Berlin. In 1994, he participated in Chromapark at the Berlin E-Werk, the first comprehensive exhibition concentrating on technically generated art. Rhythm and art, music and pictures merged into a whirring, flickering, pulsating surface that occasionally evokes pointillism.

Ever since, a constructivist order as well as free, individual ways of creation are at the core of DAG’s work. A typical picture consists of a tight grid of tiny triangles or circles whose colors are inserted in a completely individual, almost gestural manner. Or the most recent, large-format paintings that come closest to the glitch effect: small, geometric shapes, aligned serially according to a strict grid and yet always different, integrated in a fine-tuned color field suggesting endless depths of electronic worlds or, if you like, pleasant landscapes with meadow, pond and blue sky. 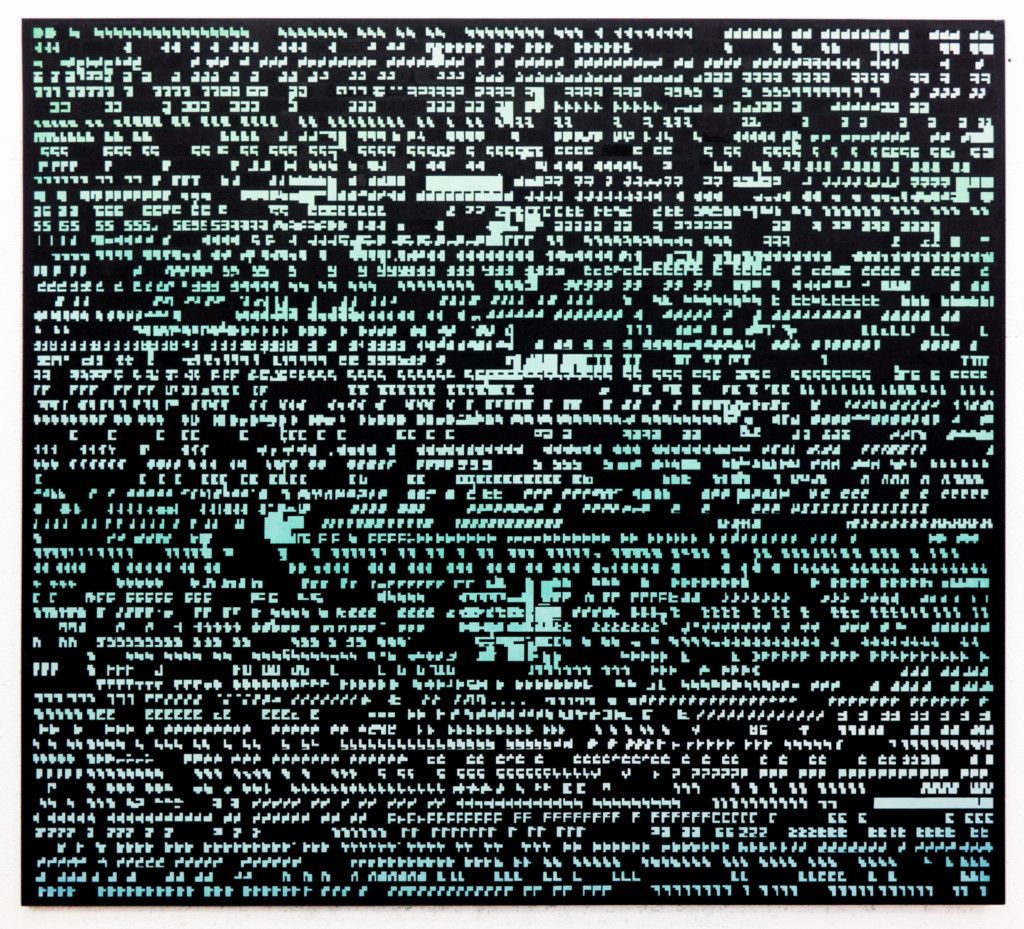 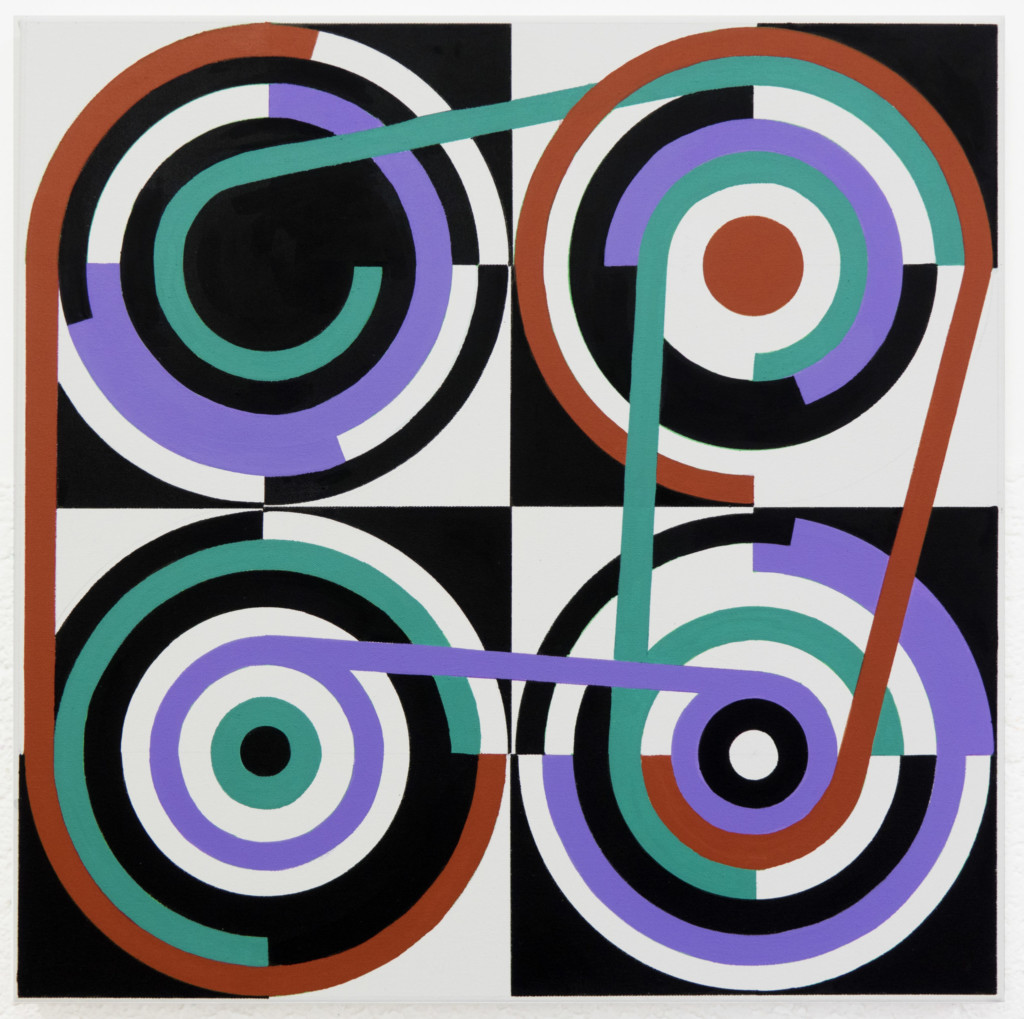 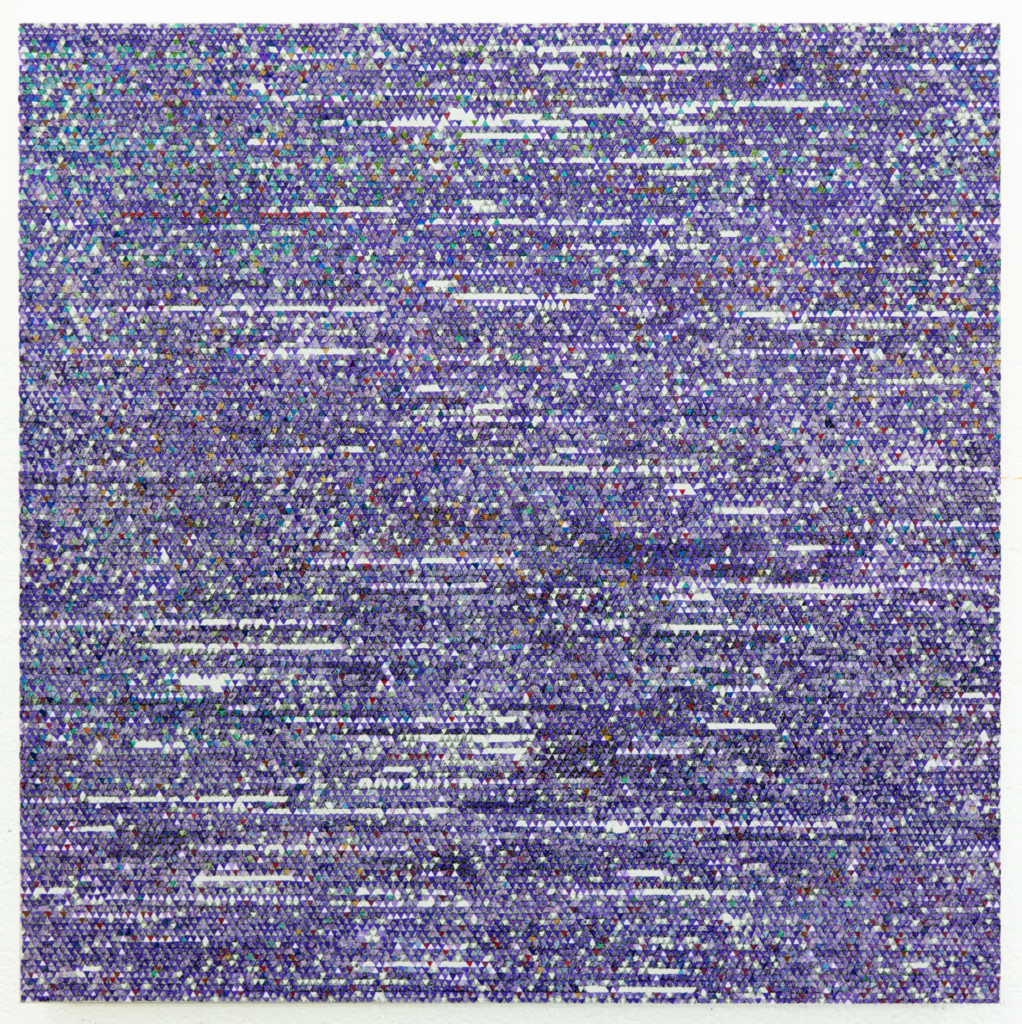 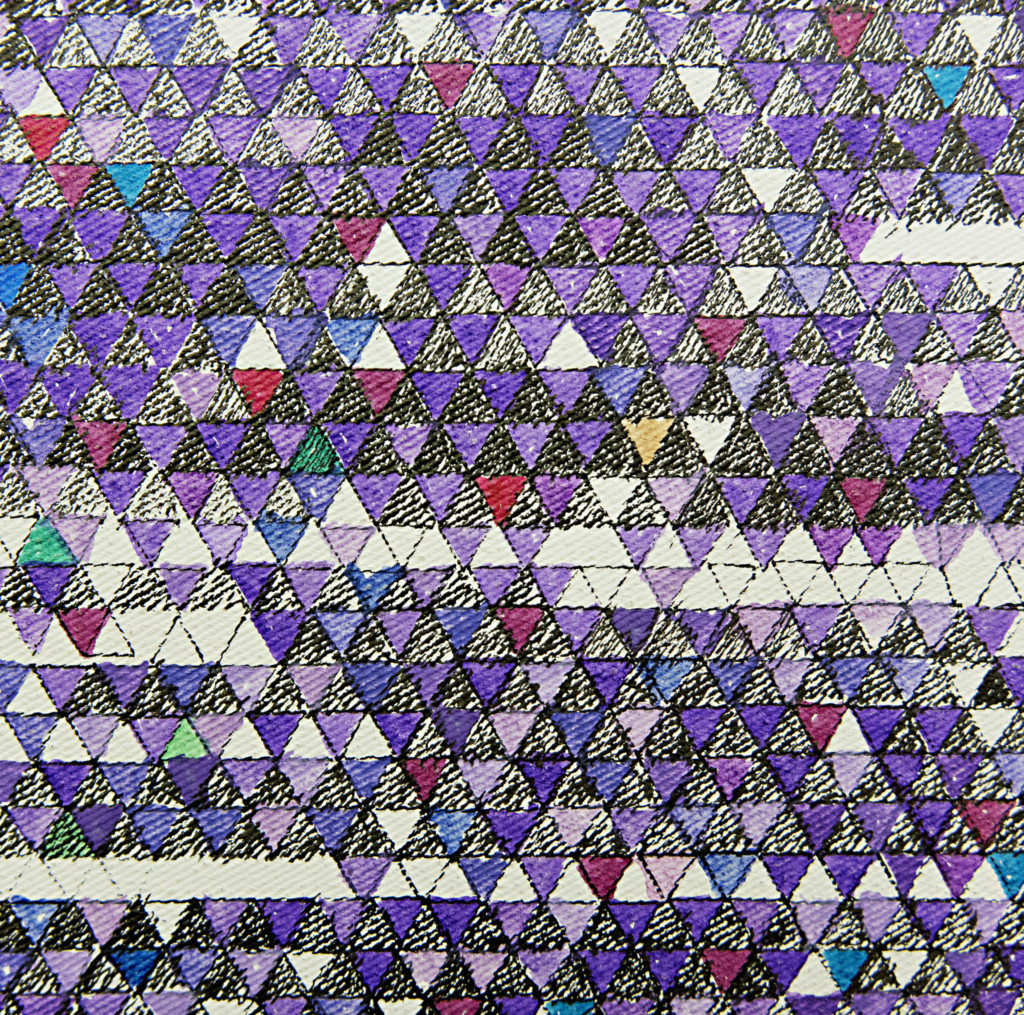 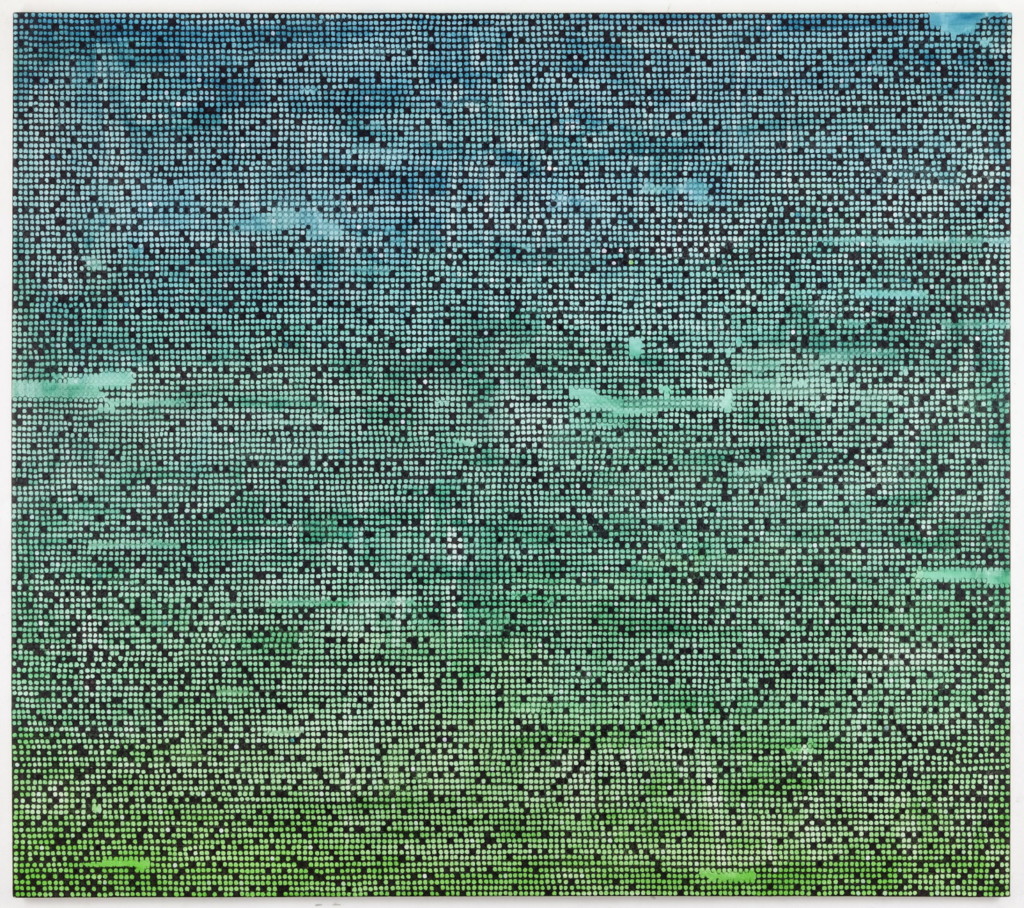 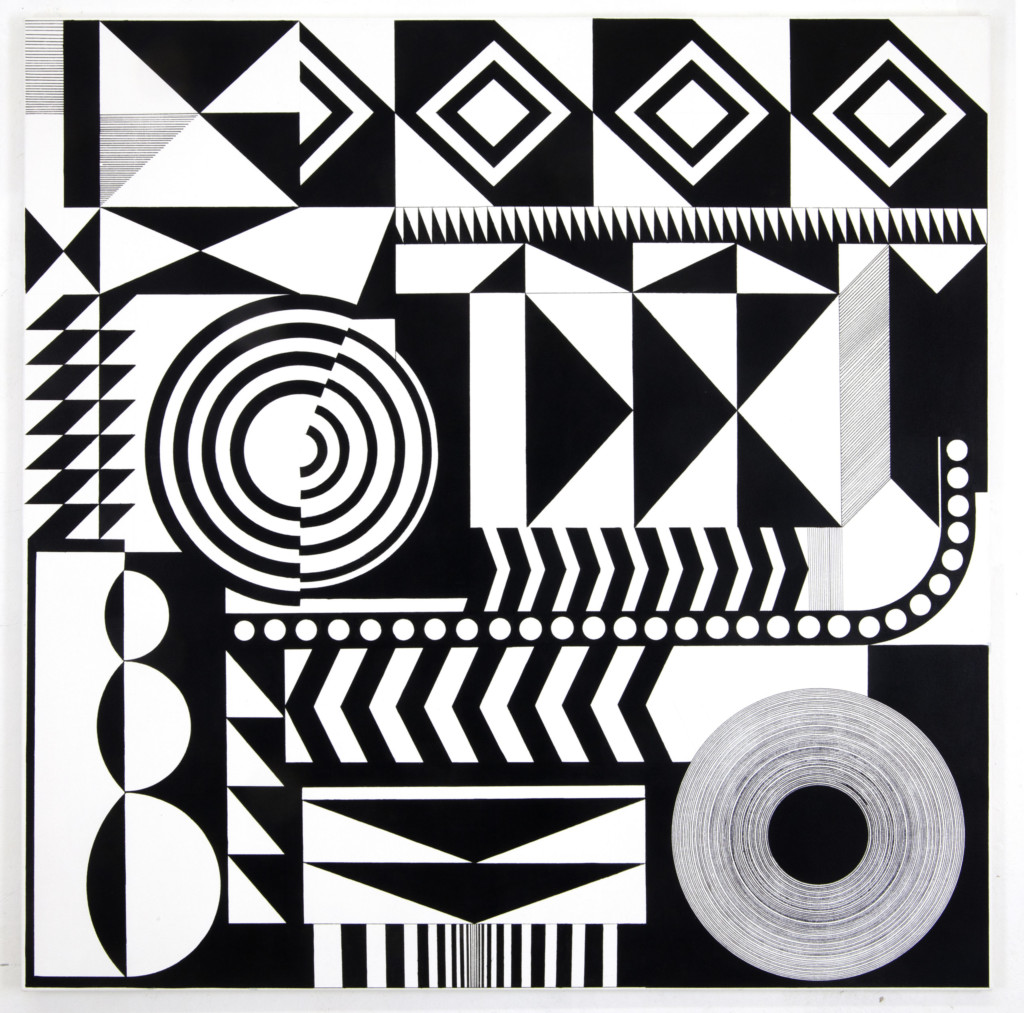 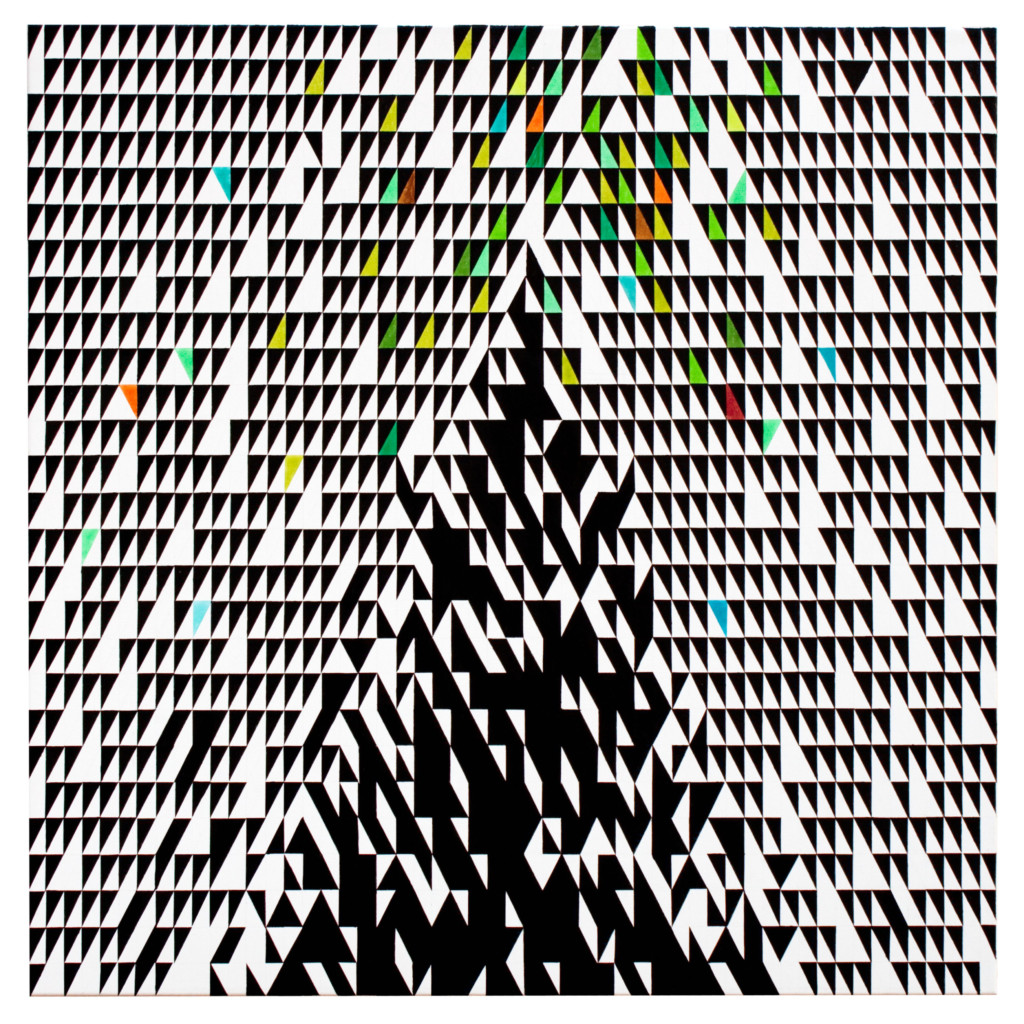 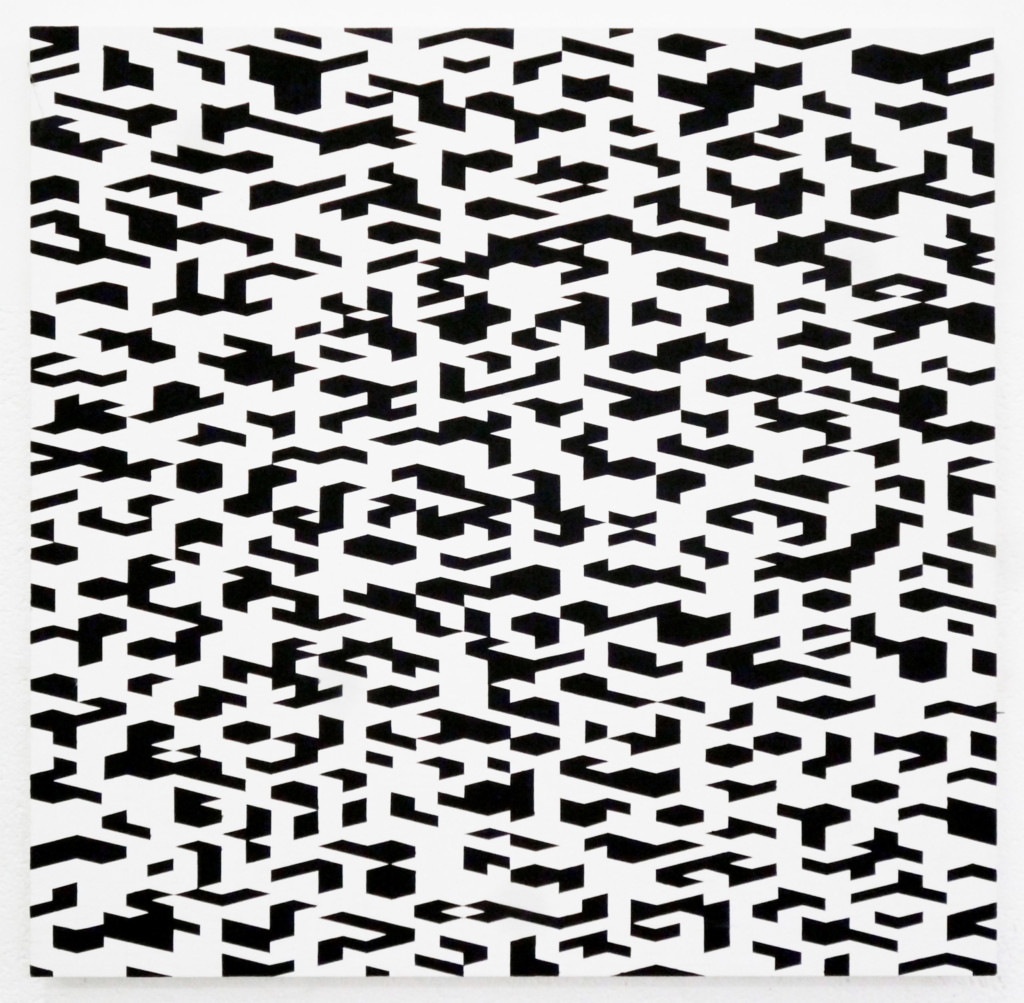