In our present heated debate on refugees it is easyly overlooked that migration is an age-old phenomenon. Humans have always, in large groups and over long distances, moved across the globe, striving for a better life in a new country. In this process the same experience has been made over and over again: the original residents do not see the migrants as individuals, but rather as a mass, that threatens to devour them.

Who could understand these processes better than Jinny Yu, who was born in South Korea, had to settle in a new country, Canada, then lived in various countries in different capacities and created this work in a place – Venice – where she was just a guest. To visualize migration she uses the motif of migrating birds. When an enormous number of these feathered creatures gather to form a huge flock that changes constantly, that agglomerates, dissolves and condenses again: That is an image of great fascination. However, it also generates questions, perhaps even fear: who steers these innumerable beings, that seem to be guided by one single will, a will that is enormously powerful yet intangible? Here beauty and terror come very close to each other.

Jinny Yu’s point of departure was Alfred Hitchcock’s classic, „The Birds“. In this movie birds attack the humans, for some inexplicable reason – single ones at first, finally entire colonies, and they are determined to kill. What started with two cute parrots in a cage, called love birds, develops into a horror scenario. In the beginning, before the terror fully develops, one of the protagonists asks with a worried look up into the bird-filled sky: „Don’t they ever stop migrating?“ This phrase Jinny chose as the title for her work. And she adopts distorted, unsettling words and sentences that create an atmosphere of anxiety and disorientation.

The installation was created for the Oratorio di San Ludovico in Venice; Jinny turned the chapel into a unified, closed space with just one entry. Walls and ceiling were covered with white fabric that she filled with hundreds of thousands of black brush marks, condensing and opening up and condensing again – just like a flock of birds. Each mark, each bird is an individual, yet differences are hardly to discerne, by their sizes at best. This is a beautiful, poetic creation – which at the same time may appear as frightening, since it seems that we are dragged into a mealstrom.

This work does not pretend to be a moral or political comment on current events. Rather it is a call to be aware of our feelings vis-à-vis a mass movement that for many is an undefinable threat. First we have to understand these – archaic – feelings, Jinny argues, then we can develop reasonable political-practial solutions. In this sense this exceptional work of art is a meditation on foreignness and nearness, rejection and tolerance, menace and serenity.

The installation, developed for the Oratorio di San Ludovico in Venice, has been acquired by the Canadian Agnes Etherington Art Centre in Kingston, Ontario.

For further works and information please see our previous presentation of works by Jinny Yu.

Jinny Yu is based in Canada and Italy, with occasional visits to Berlin.

She is Associate Professor of Painting at the University of Ottawa.

She was awarded Laura Ciruls Painting Award from Ontario Arts Foundation in 2012, the Mid-Career Artist Award by Ottawa Arts Council in 2013 and was a finalist for the Pulse Prize New York 2011. She has received grants from the Canada Council for the Arts, Ontario Arts Council, and le Conseil des Arts et des Lettres du Quebec. 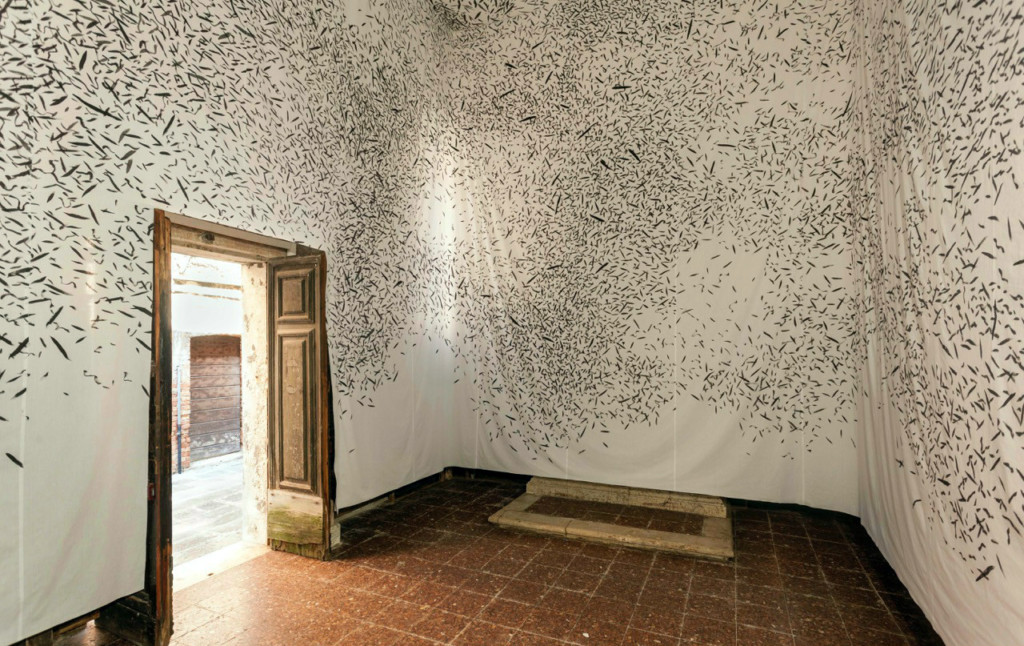 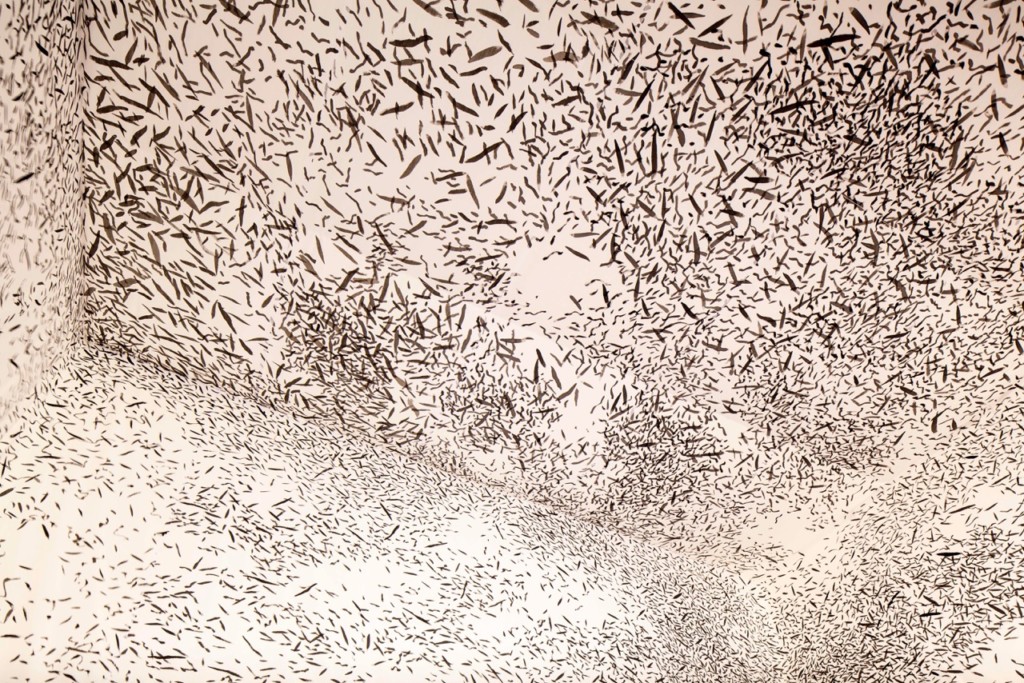 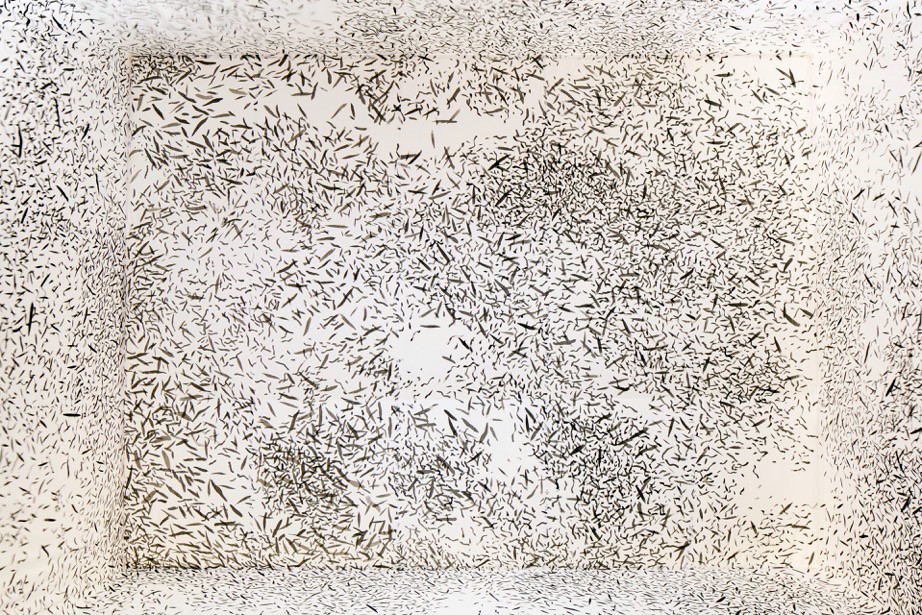