This colossal piece of architecture is like a mirror of the presumptions and contradictions, the disasters and hopes of the 20th century. Tempelhof was, as the projected „world airport“, an expression of Hitler’s megalomania and, at the same time, the most modern airport of its day; Sir Norman Foster called it „the mother of all airports“. Its construction was begun in 1935, discontinued due to the war in 1941 and finished only in 1962. During the Cold War, Tempelhof was a military base for the American occupying and protecting power, a setting for the Berlin Airlift, a symbol for the will to survive of the free part of the city and finally a showcase for the glamour of West-Berlin from the 1950s to the 1970s.

With its many facets, Tempelhof is the ideal object for the photographer Maximilian Meisse. He is not only interested in the external shapes of façades and interiors, he traces the stories that lie behind, which means foremost: he is concerned with the human beings that conceived and populated this place – and who continue to be present, even though they are absent in the pictures.

The photographs, clear and lucid as they are, ask many questions. What is hidden behind those mighty walls? And how do these fit together: oppressive monumentality and precise, coherent architectural details; bold carrier systems in steel and concrete on the one hand and massive classicist stone façades on the other? Ernst Sagebiel, the building’s architect, lived in two worlds as well: before he began his activities for the Nazis with Göring’s ministry of aviation in 1933, he held a leading position in the office of Erich Mendelsohn and oversaw the construction of one of the icons of the International Style, the Columbushaus at Potsdamer Platz.

Meisse does not stop at the defensive-like outer appearance and the prestigious interiors. He goes beyond that, to the staircases, the deserted hotel rooms and down to the air-raid shelters. And he unveils the helpless attempts of the post-war period to hide the ideologically contaminated structure and to utilize it at the same time. As an example, the monumental entrance hall was shortened in its height by two thirds, and the area above the new ceiling, covered with precious travertine, served as a quarry for the repair of war damage and the completion of the check-in hall. And the 1950s and 1960s anti-classicist modernism of the restaurants and VIP lounges can’t hide its triviality and desolation.

When we roam through the building via these pictures we can, just like the photographer, only marvel, perhaps sometimes admire. Maximilian Meisse has even managed to capture the most recent volte in the airport’s history so rich in changes, although he could not foresee it when he took the picture: our last photograph shows the natural paradise of the quiet airfield which since its transformation into a true people’s park is named „Tempelhofer Freiheit“. 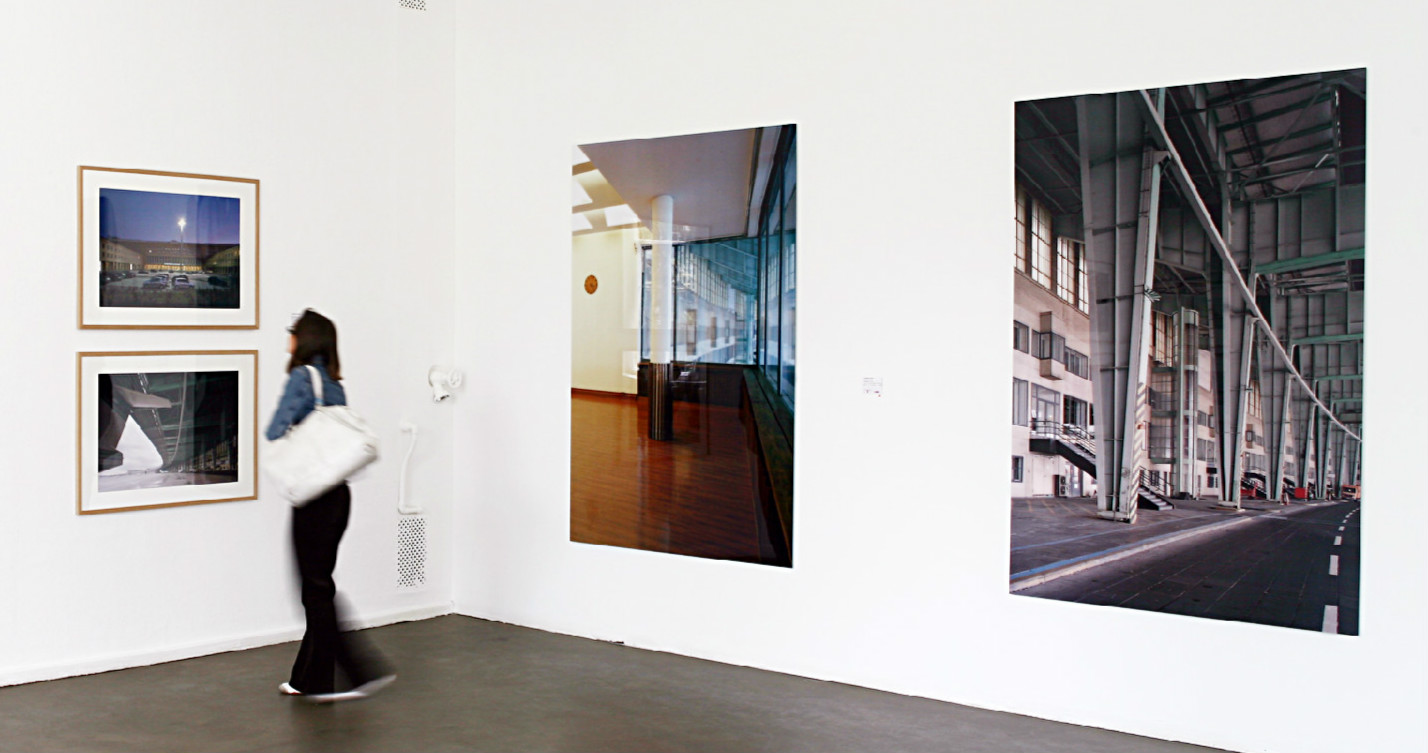 The photographs are available in three formats:

Please see this photo in our exhibition “Constructivism, Mostly“