This brief overview of an œuvre of a good three decades might be stunning, perhaps even bewildering due to its stylistic diversity – as if not one artist but a multitude of them was at work. Stylistic unity, the basic concept of art for centuries, has been replaced by ter Hell’s own approach: in each case, he gives his changing topics their appropriate forms. Dis-continuity is the overarching unifier of this work, stylistic inconsistency the stylistic principle.

Emerging during the big rebirth of Berlin’s art scene around 1980, ter Hell belongs to a group of artists who formed in opposition to the neo-expressionist painters centered in the eastern part of Kreuzberg, the Galerie am Moritzplatz. They named themselves 1/61 after the postal code of the district. As a student of revered tachist painter Fred Thieler, ter Hell assumes his professor’s gestural approach as well as his fondness for experimentation. The other point de résistance is Jackson Pollock. Ever since, this mixture of typical Berlin traits – a snotty audacity and a politically charged, anarchist protest culture – on the one hand and an international orientation on the other shapes ter Hell’s work.

There are two points of departure that hold this stylistically disparate work together. One is restless reflection and analysis. With a certain breathlessness, the artist, exploring possibilities of composition and structure, rushes from painting to painting; indeed, physical motion plays a major role in his work in general: like a dancer – or a jack-in-the-box at times – he circles around and shapes his works. Also, he deals with the very site of thinking, the brain: this organ gave name to an entire series of paintings; brain waves are visualized as thread swarms, as „energetic chains“. Again and again words and terms emphasize the cerebral aspect of the work.

The second point of departure is ter Hell’s political, social-critical thinking. „The purpose of my artistic work,“ he says, „is the attempt to find a place from where I can oppose brainwashing, corruption and capitalism.“ Always a keen observer, he wants to enlighten his viewers about the „conditions“, the „system“ and – from his position as a visual artist – create a critical awareness of imagery. A central target is the digitally manufactured ersatz world: he dreams of a big crash, „as if Zeus would shoot lightnings and the entire online system would collapse“.

Tracing the emotions of this pictorial universe, one discovers – behind ter Hell’s rational, „cool“ attitude and an occasionally escalating actionism – a certain melancholy, perhaps even despair, and this concerns not only the state of the world at large, but also the individual’s fate. These paintings are tales about being reflected onto one’s own existence, about the task of all of us to determine and assert our place in the world – the desire to overcome the homelessness. Several paintings are titled „Bezüge“, a term to be understood, it seems, as the desire for humane relations.

Some paintings consist of several, stylistically very diverse panels, that nevertheless together form a unified and harmonious whole – just like the disparate parts of one single work interact as a well-balanced unit. There is some kind of utopia behind it: This art wants to bind together loose ends, give sense to the senseless, and to order and structure the chaotic. Its pursuit of beauty mirrors the ideal of a perfect, pacified society.

Over the decades, Ter Hell had solo shows at Galerie 1/61 and the galleries Nothelfer, Fahnemann, Pels-Leusden, Manfred Giesler (all in Berlin) as well as Dany Keller (München) and Tilly Haderek (Stuttgart). In the last couple of years his works were primarily shown at the Freies Museum Berlin. At present an exhibition with roughly 50 works from the Böckmann Collection is being presented at the Museum Weserburg, Bremen (until 10 April).

An extensive group of works is exhibited at the Hotel Pullman Berlin Schweizerhof. 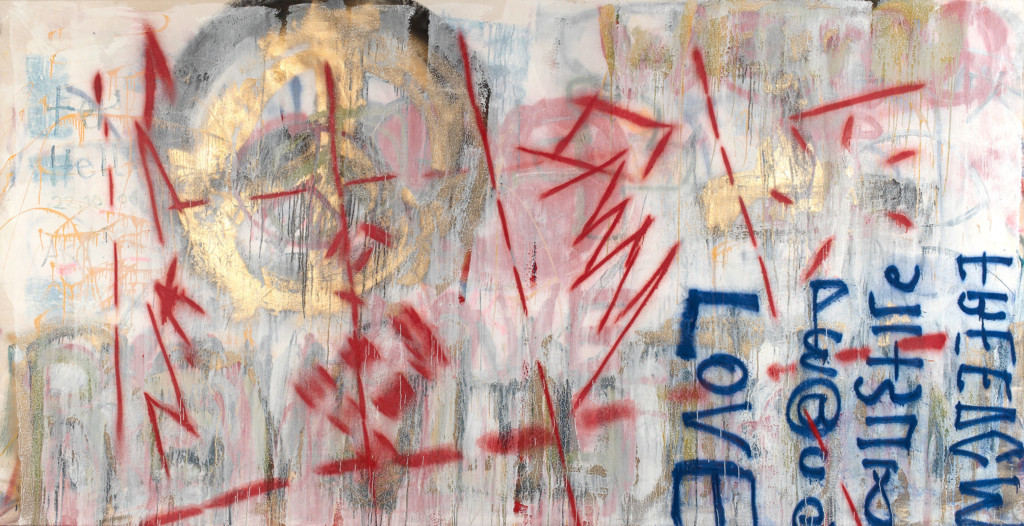