The conceptual impulse of the 1960s and ’70s has until today developed in so many different ways that it seems to be hardly possible to establish a coherent definition for the concept art of the post-post-modern period. One anchor is a reflexive attitude that constantly reconsiders one’s own work in the light of its conditions and traditions. This approach we find as well in the work of the four artists we present now. They make use of the media of painting, installation and collage by which they have developed their very own original realms of research.

“When Attitudes Become Form” – thus the title of Harald Szeemann’s groundbreaking exhibition in Berne, and this approach from 1969 is still valid today: The focus is on a certain attitude, not on particular styles, forms or media. Also, the historic conceptual art wasn’t – in its later development – quite as austere as some might think in hindsight. It will do to remember the colorful wall paintings by Sol LeWitt, Donald Judd’s radiant cubes, let alone Frank Stella’s baroque-like cut-outs or Hanne Darboven’s Kulturgeschichte, brimming with images and color.

CHRISTINE KRÄMER lured already in the 1990s with the mystique of serial structures, oscillating between the organic, phantastic and ornamental; her vibrant brushwork emphasizes the bewildering ambivalence of the – apparently – simple motifs.

CLEMENS BEHR „deconstructs“ constructivism and gives that historic movement a new, up-to-date appearance. His installations are reminiscent of  the Merz buildings by Kurt Schwitters. His more recent work deals particularly with the concept of “green”.

FORSTER HERCHENBACH critically scrutinizes the notion of style. He disassembles the means and manners of painting and re-assembles the splitters in new units, seemingly disparate in themselves.

AARON RAHE, the youngest in our selection, addresses questions of art theory and the position of the artist, the „genius“ in particular. As a post-post-modern artist he reflects upon the idea of the avant-garde as such. 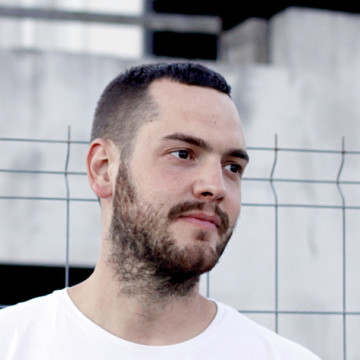